April 14, 2017 at 9:05 am, No comments
One of the most potentially aggressive and hostile planetary combinations comes into focus at the beginning of April. For approximately the first two weeks of the month, Mars opposes Pluto, and, if precedence is to be our guide, a typical correlation of major Pluto-Mars aspects witnesses a significant spike in belligerent and violent manifestations across the globe. 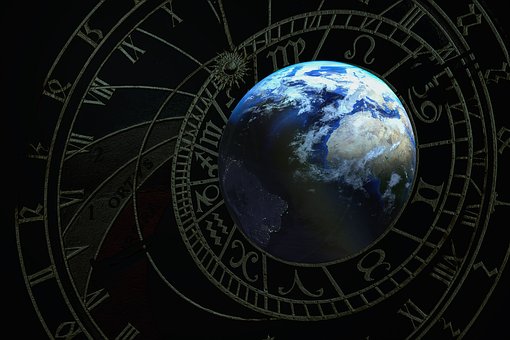 As the Pluto-Mars cycle is approximately two years in length, the previous Pluto-Mars opposition, occurring in the spring of 2017, observed the abuse and torture involved in the Abu Ghraib prison scandal. The subsequent square (or ninety degree angular relationship) between these planets corresponded with the Belson school siege in southern Russia, a catastrophe that resulted in the deaths of over three hundred individuals. There are certainly positive and constructive manifestations of the Pluto-Mars combination; however, the negative valence of the pairing can be barbaric and sadistic, bringing forth the worst in human behavior. This current Pluto-Mars opposition is briefly, yet potently, joined by Mercury, as Mercury forms a t-square alignment with the other two planets. A "war of words" can be the consequence of this configuration, where opposing parties engage in tough talk and verbal attacks.

If the Pluto-Mars configuration displays the capacity for humanity to engage in brutality, physical aggressiveness, and power through force, the Jupiter-Uranus combination allows us to witness our facility for understanding our world, for creative innovation, and for social emancipation. As Jupiter retrogrades in motion, it forms a trine, or one hundred and twenty degree alignment, with Uranus, reaching exactitude in May (and once again in August, as Jupiter's orbital motion goes direct in mid-year). Although the trine may be less discernable in manifestation than the conjunction or opposition of these two planets, it is still apparent in its correlations, particularly to the well-informed. Opening us to future potentials and to our capacity for vision, the Jupiter-Uranus archetypal coupling dilates the portals for new worlds to shine through. Born with Jupiter and Uranus in opposition, Einstein purportedly stated, "Your imagination is your preview of life's coming attractions." Such a quote captures the farsighted creativity associated with Jupiter and Uranus in combination. For a brilliant survey of the cultural expressions associated with this planetary combination, read the section "Cycles of Creativity and Expansion" in Richard Tarnas' recently published, Cosmos and Psyche.

As Saturn goes direct in motion early in the month, it edges closer to its exact opposition to Neptune in late August of this year. Thus, we may safely say that the crest of the wave of this alignment has authoritatively commenced. In order to understand the expression of this complex arrangement, we can take our cue from the signs of the previous Saturn-Neptune opposition, occurring in the early 1970s. At this time the U.S. began a slow but steady de-escalation of its involvement in Vietnam. The height of the social protest and the peak of the actual conflict were over. A collective mood of disillusionment in the war, and war in general, began to descend on the populace. Movies such as MASH, Hearts and Minds, and Johnny Got His Gun reflected this collective disposition, exposing the irony, pointlessness, and absurdity of war. As we now approach the apex of the current Saturn-Neptune opposition, the same sentiment, motifs, and themes can be easily appreciated. We might suggest that we are in the territory of "same song, second verse." Saturn-Neptune combinations are not known particularly for being action-oriented but are more known for slow and steady disintegration of structures, systems, and movements. We might infer that such subtle erosion is necessary so that new structures may take form.

Created with Mozello - the world's easiest to use website builder.
.